To continue to fulfill my New Year's resolution not to go on a diet, this is the third in a series of updated posts from when I blogged for the Albany Times Union. In today's post, I'll explore the relationship between weight, shame, and health. I'm moving on to a new topic after this - probably.

Before I get into this, I want to say that I think we should all mind our own business, and stop judging, shaming, and policing other people for any reason – even health. Living a healthy lifestyle and being healthy is not a moral imperative, and we have not been elected to police other people’s health. Ultimately, I believe we’re all just trying to do the best we can. But, since the reality is that we do, as a culture, tend to judge people who live in larger bodies, and justify it by saying it’s about health, today, I want to tell you why I’m calling BS on that.

Being chronically stressed is probably worse for your health than being in the “overweight” BMI category (defined by having a BMI between 25 and 30), and chronic stress is treatable and preventable. Yet people who are stressed-out aren’t failures in our culture; in fact, many of them wear their stress like a medal of honor. On the other hand, who wears their round belly or “thunder thighs” like a medal of honor? And who isn’t a bit envious of the co-worker who stays slim despite eating every bit of rich food in sight? If our judgments truly were about health, rather than secretly envying our co-worker, we’d be passing those same judgments on her.

Here’s another example: Sleep is so important to health, but people who are chronically exhausted because they forego sleep in order to work out at 4 am are admired, while their friends and neighbors who sleep until they’re well-rested, but don’t get to the gym, are “lazy”. If we were truly concerned about health, we would be admiring the sleepers and chastising the early morning gym rats. I’m not criticizing people who sacrifice in order to work out because of the time management realities of their lives, who are training for an event, or who truly enjoy their early morning workouts. I’m not judging anyone (that’s pretty much the theme here); rather, I’m suggesting that people who prioritize sleep shouldn’t be viewed as morally inferior or as less healthy than those who deprive themselves of sleep to work out. Finding balance is likely the healthiest choice, but that’s not easy either. None of us really knows what’s “healthy”; the science is muddy, and everybody’s body and reality are different. This brings me to my next point:

The relationship between weight and health is very complicated, but the research clearly reveals that “overweight” people can be healthy, and thin people can be unhealthy. A review of the literature published in the Journal of the American Medical Association caused an uproar several years ago when Katherine Flegal and her associates exposed the non-linear relationship between weight and mortality. Their review of 97 studies that in totality, examined the relationship between weight and mortality in close to 3 million people, revealed that “overweight” people live longer than those who are considered “normal” weight (defined by having a BMI between 18.5 and 24.9).  You can read the full article here.  This wasn’t the only published article that revealed that weight does not equal health. In fact, a new review article was just published in the peer-reviewed journal Cell indicating that fitness is a more important predictor of health than weight. Check out the Association for Size Diversity and Health’s website to learn much more.

Sure, there are certain conditions that are associated with weight, but even in these cases, the relationship is complex. There is no single condition that is only found in people who live in larger bodies. Many larger people have blood pressure, cholesterol, and blood sugar in the healthy range, strong and healthy joints, and healthy hearts. And plenty of thin people have high blood pressure, heart disease, diabetes, and arthritis.

So, even if there is an association between weight and health, it’s a complex one. Heavier people may be healthy, slimmer people may be unhealthy, and health is multi-faceted. With all of that in mind, isn’t it becoming really clear that we can’t make any assessments of people’s health just by looking at their size?

SHAMING IS NOT HEALTHY FOR ANYONE

Because people will still argue that there’s no way “overweight” people can be healthy, I’m going to drop the argument. As I mentioned, weight science is messy, and even if it is healthier to be of “normal” weight, shaming and stigmatizing people for being above that weight leads to stress, self-loathing, fewer visits to doctors, and that can never be a path to true health.  It certainly doesn’t help people lose weight.  As I’ve said before, shame is not a diet! In many, but not all situations, people can improve their health by making nutritional and exercise behavior changes. Sometimes these changes result in weight loss, and sometimes they don’t, because every body is different and weight is not a behavior. Every person should have their best opportunity to pursue health within the realities of their lives, if they choose to do so. But people don’t make healthy changes when they hate themselves.

Some people in larger bodies are fiercely self-acceptant (Jes Baker is an example), while others are working toward self-acceptance (The Body Positive is an organization designed to help people on that journey), but many people whose weights fall in the above “normal” range devote their lives to trying to lose weight in their attempts to comply with our cultural imperative that everyone either be thin or never stop trying to be thin. They engage in behaviors that would be considered disordered in lower weight people, like weighing and measuring every morsel, obsessing about food, and severely restricting their intakes. And for lots of people, as I discussed in my last post, the act of dieting itself results in weight gain.

Yet, these same people live in a culture where many assume they’re home gorging on donuts by the dozen when they may actually be starving themselves, stressing themselves, hating themselves, and damaging their metabolisms.

ANOTHER EXCERPT FROM MY WEIGHT STORY

That was my experience when I was very thin, and I think it’s an extreme example. Most people who are only a few pounds above their “ideal” weight (according to those ridiculous charts) probably do not receive inadequate medical care for that reason. But people who live in larger bodies get judged in doctor’s offices every day, and some stop going to doctors. That’s unhealthy!

Being shamed, stigmatized, judged, bullied, laughed at, ignored, and not having access to thoughtful health care – that’s unhealthy! If we truly care about other people’s health, we need to offer compassion rather than judgment.

For me, incidentally, gaining weight resulted in improved health. My cholesterol and blood pressure went down. Is it possible that the stress of being hungry all the time, worrying about food, exercising until I felt like puking, and restricting my eating was bad for my health? Maybe.

Yet, in more recent years, with my body in the "overweight" BMI range, I have had multiple additional experiences of medical providers telling me to lose weight - for my tricky knees (which pre-dated any weight gain), and for peri-menopausal symptoms.

SO, IF IT’S NOT ABOUT HEALTH, WHAT IS IT?

I’ll be blunt here, in my opinion, if it’s not about health, it’s simply prejudice. And the only thing we can judge about a person based solely by looking at their size is the degree to which we buy into that prejudice. Didn’t we all learn in kindergarten that “You can’t judge a book by its cover”? When you think about all the traits that make up a person, body size is pretty unimportant. Body size doesn’t tell you if a person is intelligent, creative, kind, strong, or funny; it doesn’t tell you what they’ve been through in life, or what they are going through; it tells you nothing. 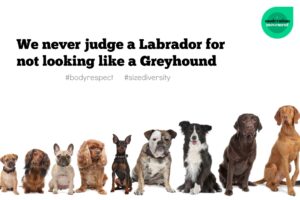 I absolutely love this image The Moderation Movement posted on Facebook a few years ago:

Regardless of size, we’re all just trying to live our lives the best we can, and we are all worthy of kindness, and deserve to be seen for who we really are, not just for how small or big we are. Just as we need to celebrate diversity in other areas, we should be respecting and celebrating size diversity.

1 thought on “Weight, Shame, and Health”

The Kitchen Table is where problems are solved and dreams are born. It’s where we come together to laugh and cry, and to make the decisions that shape our lives.

In this blog, I bring my love of Psychology to my virtual kitchen table, and use it, along with a bit of grandma’s sensibility, to explore the challenges and opportunities that touch our lives.

So grab a cup of something comforting and pull up a chair! 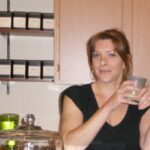 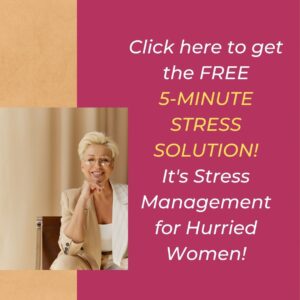 Enter your info to Download the Self-Care Mind Shift. You'll discover the one simple question that can change your approach to self-care FOREVER!